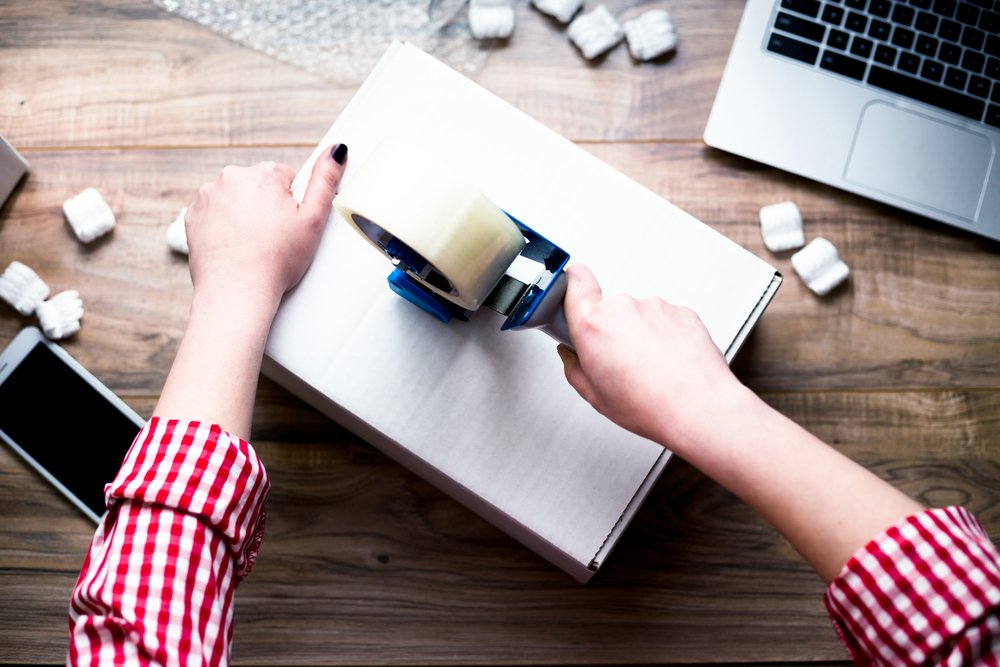 Some Advice for a Smooth Move

This may seem like the simplest topic that a person could ever spill digital ink over, but when you’re moving or packing up precious belongings… well, I wouldn’t doubt it if more than one relationship came apart at the flaps (yep, that’s a box pun) over how to fold and tape a box.

Doing a Google search on how to handle the task of box building raises more questions than it answers. I quickly perused the results, not sure what I’d find, and there were no less than 5 different techniques, all claiming superiority.

So, what’s the truth?

Well, you can pretty much remove the end-over-end technique from your toolbox.

You know, that complicated fold where each flap goes over the others so that they’re all crossed? The only thing that’s good for is closing up the top of a box so the flaps stay down without using tape, but if you’re going to be stacking your boxes, I wouldn’t recommend that technique for that either. The end-over-end fold doesn’t give you a flat surface to stack on, and just like a game of Jenga, a little wiggle in your stack can be game over if your stacking heavy stuff. Folding that last flap under the other weakens it, plus the whole technique doesn’t provide much support at all.

A moving company recently tested that complicated end-over-end fold and found that it was only able to reliably support 5 lbs or weight. What are you going to box up that weighs less than 5 lbs? Not much. One small strip of tape along the flap seems, simply folded, provides an exponential increase in strength. The simple fold, along with one strip of tape, when tested, was 28x stronger.
Bottom line, never use that end-over-end technique, unless you actually want all your stuff to fall out the bottom.

The important takeaway here is that packing tape is surprisingly strong. It’s also pretty cheap, so it makes zero sense to use anything else.

DO NOT TAPE YOUR BOXES with masking tape or Scotch tape… they will not cut it and you’re likely to end up with the bottom falling out on you. Duct tape or Tuck tape is strong enough, but at $5-$7 per roll they’re way more expensive and not worth the extra money for it building your boxes.

That’s right, I sell packing tape and I just told you that one strip of tape is pretty much all/supplies/ you need (well, two, because one on the top too). And that’s basically true. Adding a perpendicular strip of tape in the middle of the box does nothing but waste tape, so don’t bother with that. You can add a little extra support with a second strip of tape running diagonally along the fist one, starting on one edge of your first strip and ending on the opposite edge. As far as pure strength goes, that’s probably all you need. 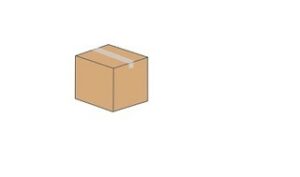 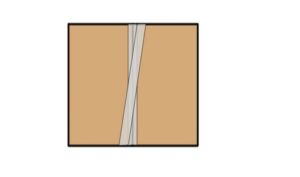 Tips from the Pros

Having said that, many professional movers around the world use considerably more than one strip of tape to build a box. So, what do the pros do?

They start the same way, with a strip down the middle, extending past the edge of the box a few inches on each side. Then they add strips either along each side seem or just near the side seem (the point is, the sides are a potential weak spot so a little extra tape there is probably not a bad thing), again extending a few inches past the edge on either side. The bottom of the box should look kind of like a big H. If the client is moving internationally, movers are supposed to seal the side seems of each box to prevent bugs getting in. 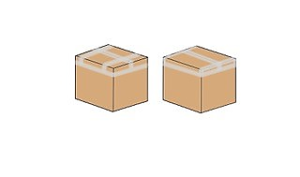 Next, they typically run a strip of tape all the way around the box so that the ends of the H are held down and they don’t need to worry about them pealing back. That makes for the most secure box. In most cases, it’s probably overkill, but if I’m hiring a person or company to pack up all my valuable and cherished possessions, I kind of want overkill. Take chances with someone else’s stuff, right? Plus, I’m sure a moving company doesn’t want to file an insurance claim because the tape on the bottom of a box failed.

It’s probably also worth mentioning that if you’re going to be storing your boxes in a storage unit for a while, sealing those side edges like a professional mover probably wouldn’t hurt.

So, long story short: one strip of tape along the seem is all you really need to seal a box. For extra support use one more strip diagonally, starting on one edge of your first strip and ending on the opposite edge. For the most secure box, and one that professional movers would be comfortable using, tape all 3 seams (the one in the middle and both sides) and then tape all the way around the sides of the box to hold the ends of the tape down. 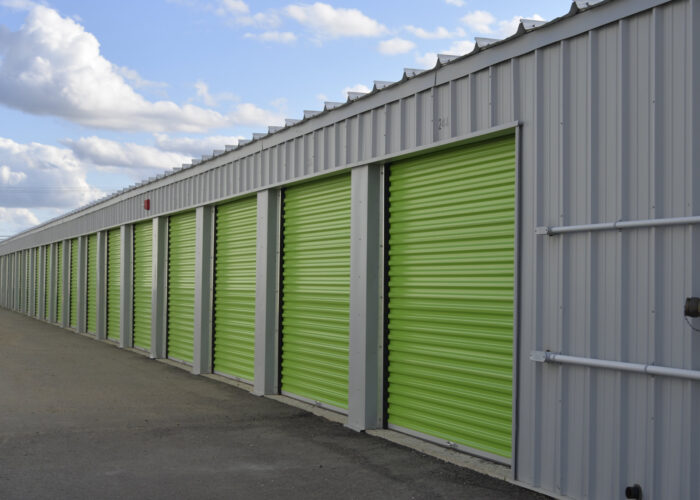 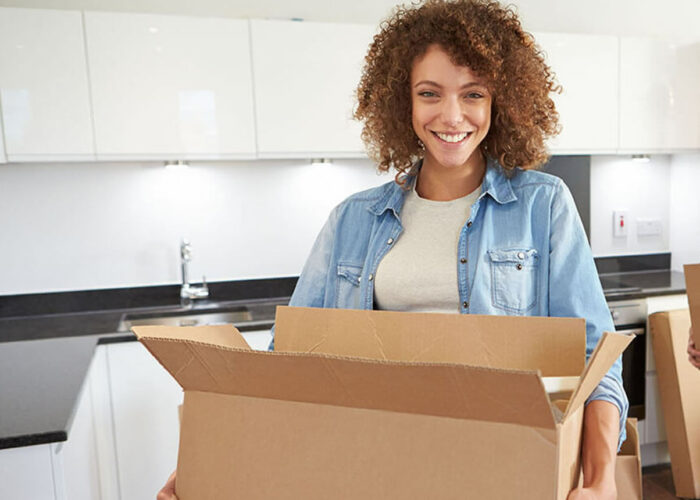 Where can I donate things in Saskatoon? 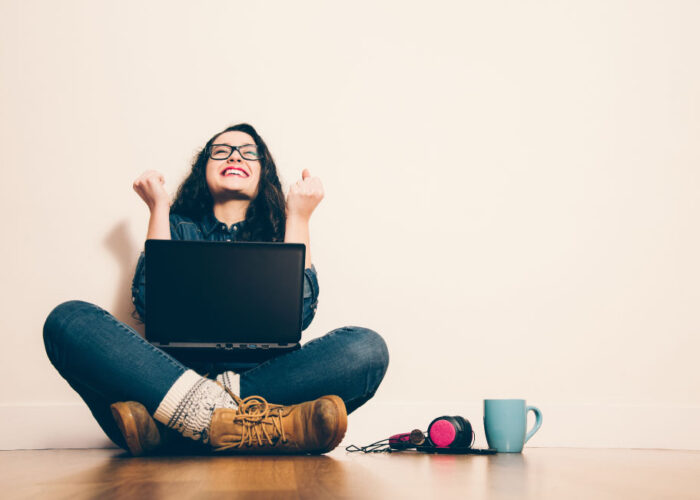 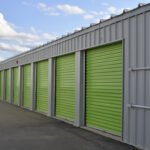 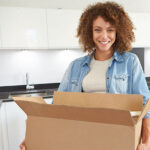 Where can I donate things in Saskatoon?
June 15, 2022Passion Safe 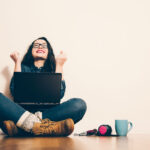 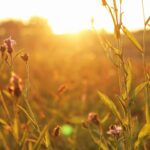 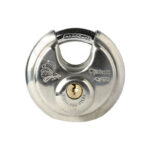 Which is the Best Lock to Use to Secure My Storage Unit?
June 1, 2022Passion Safe